“Sorry about the mess but everything here means something to me”

Last month, while hankering for some kind of patriotic activity that didn’t involve crowds of people or fireworks, we paid a visit to the Christian Sanderson Museum in Chadds Ford, PA.

Last month, while hankering for some kind of patriotic activity that didn’t involve crowds of people or fireworks, we paid a visit to the Christian Sanderson Museum in Chadds Ford, PA. 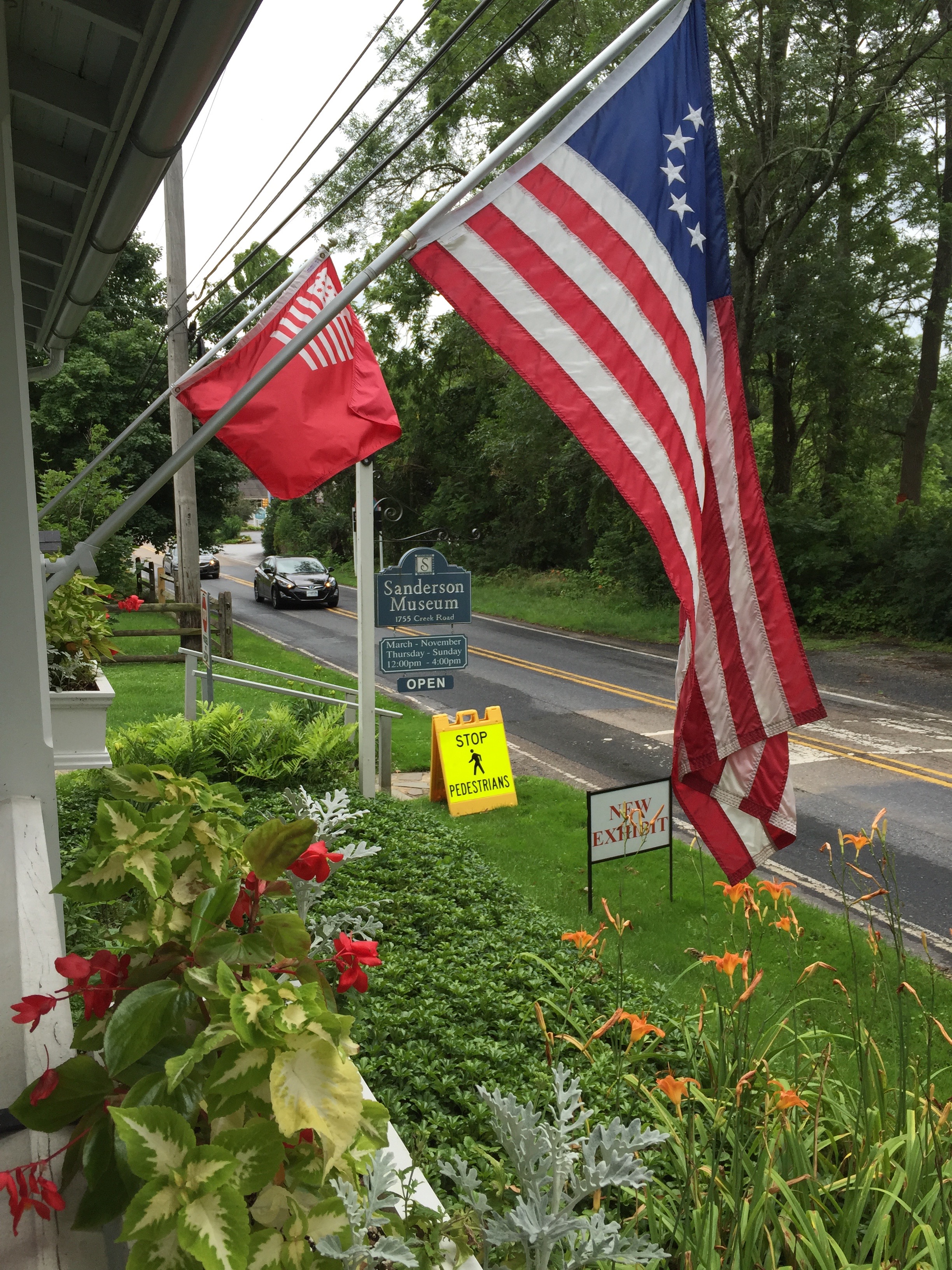 This little museum is often overlooked by tourists on their way to larger attractions such as the Brandywine River Museum of Art and Longwood Gardens, which are further south on Route 1. But this site is well worth the visit if you’re one of those people who:

a) enjoys wandering through other people’s homes looking at their stuff,
b) has a fascination with American history and material culture,
c) loves anything related to the artists of Chadds Ford, especially the Wyeths, or
d) collected rocks and seashells as a kid and understands how tangible items can represent memories, places, or even something completely unexplainable but appealing nonetheless.

So who was Chris Sanderson? He was a teacher, musician, history buff, radio personality, and good friend of the Wyeth family. He is famous enough that one of the residences on the West Chester University campus was named after him. To say he was also a ‘collector’ is a bit of an understatement.

And the collecting business is what formed the basis for this museum. It is filled, floor-to-ceiling, with stuff of such incredible variety that it’s dizzying: weapons, celebrity autographs, US presidential paraphernalia, letters, vintage toys, vials of dirt, taxidermy, and artwork are just the beginning.

When you go, be sure to check out the photo album which shows the transformation Sanderson’s home into the museum it is today. There are some amazing images of the piles and piles of stuff he left behind, creating a picture of total chaos.

But Sanderson, knowing that others would come through after he was gone, left handwritten notes everywhere and an explanation for every little thing he collected. One of the more famous notes found during clean-out was: “I’m sorry about the mess but everything here means something to me.”

A fun surprise for me was seeing a couple of original paintings by my grandfather John Silvasi, who passed away in 2012. Grandad was one of Chris Sanderson’s biggest fans, served on the board of the museum, and gave tours. He was also an avid watercolorist who turned out hundreds of works during his lifetime. Here’s a few that were on display at the museum: In the stairwell is a portrait of Chris with his violin, and behind the lion is a painting of the museum's front porch. 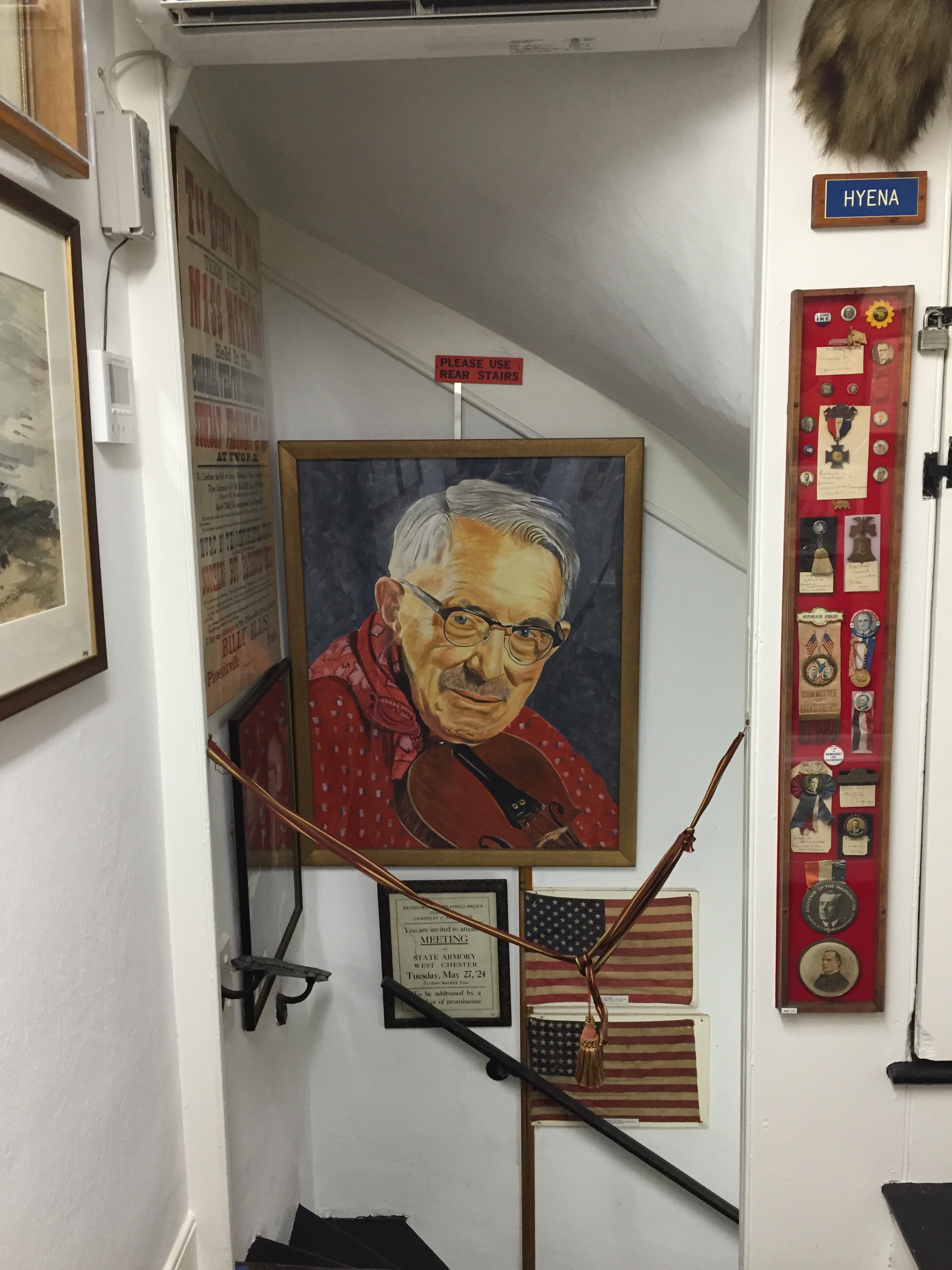 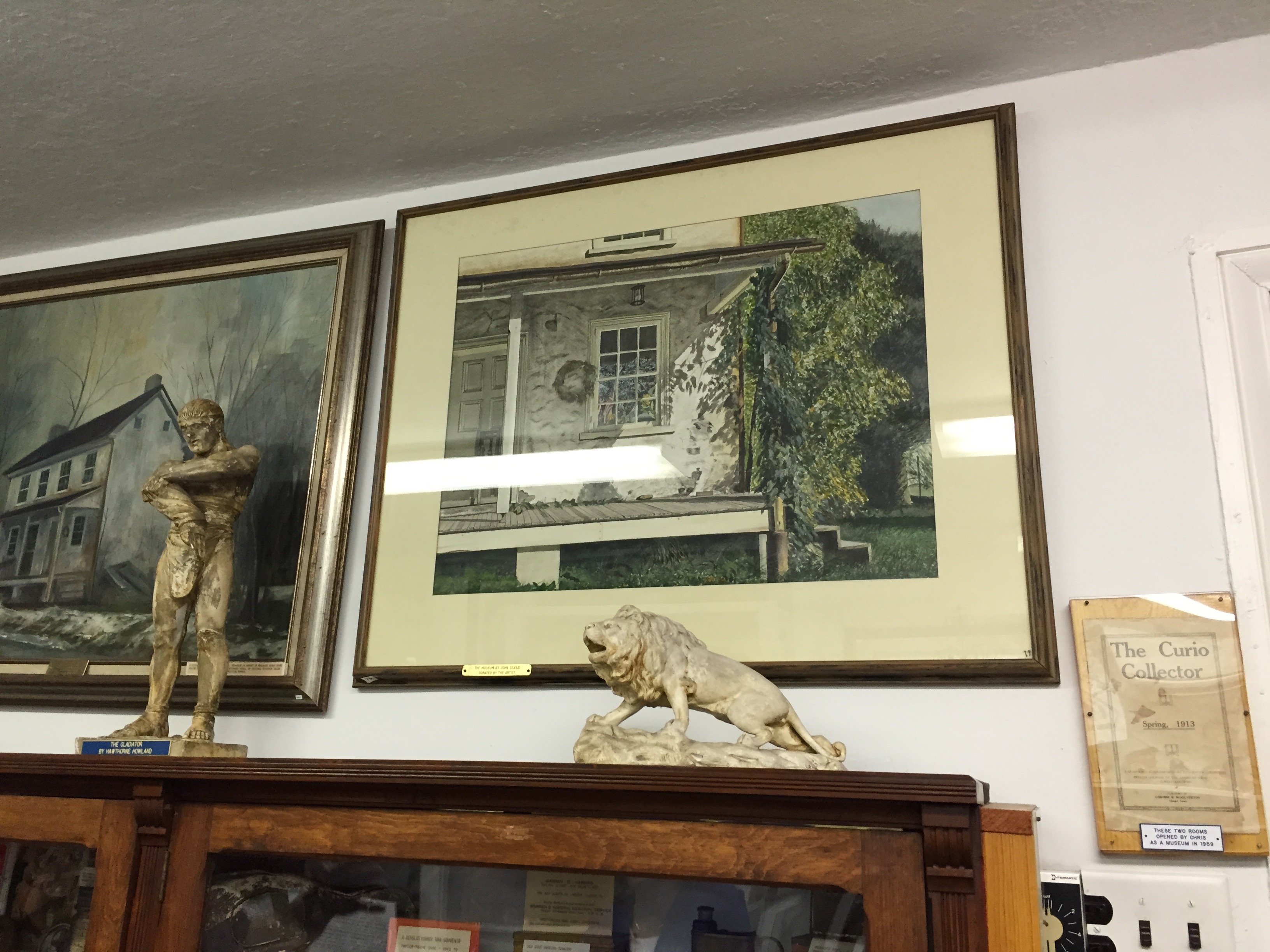 Also, below is a photo of a ceramic tile I’ve had for years, designed by Grandad. A limited run of these were created in 1977 for the 200th anniversary of the Battle of the Brandywine. I think the Sanderson Museum sold these as souvenirs. As you can see, the same photo of Chris inspired both this portrait and the larger painting. 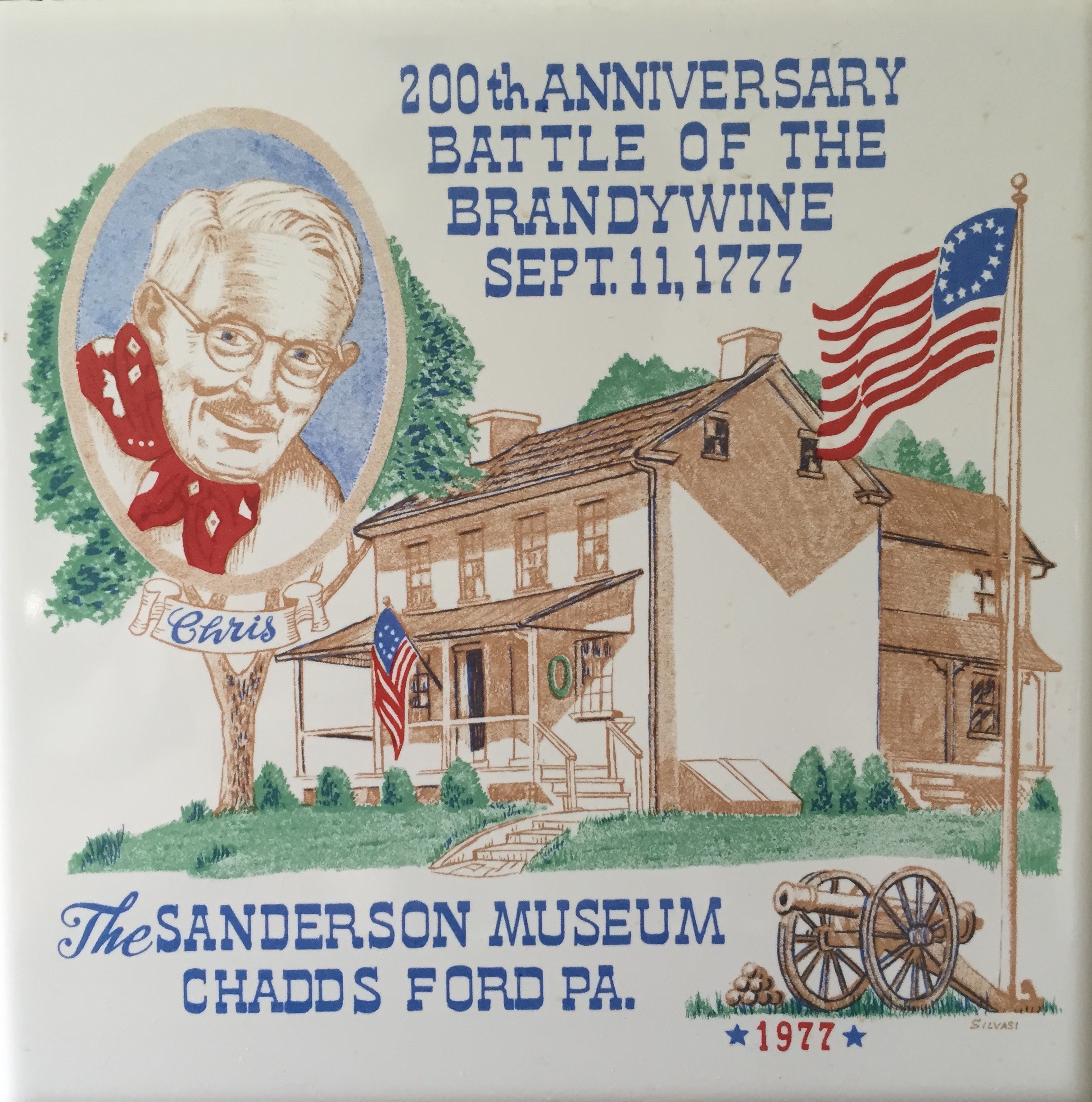 Read more about the museum and how this landmark adds to the unique flavor and history of beautiful Chadds Ford. 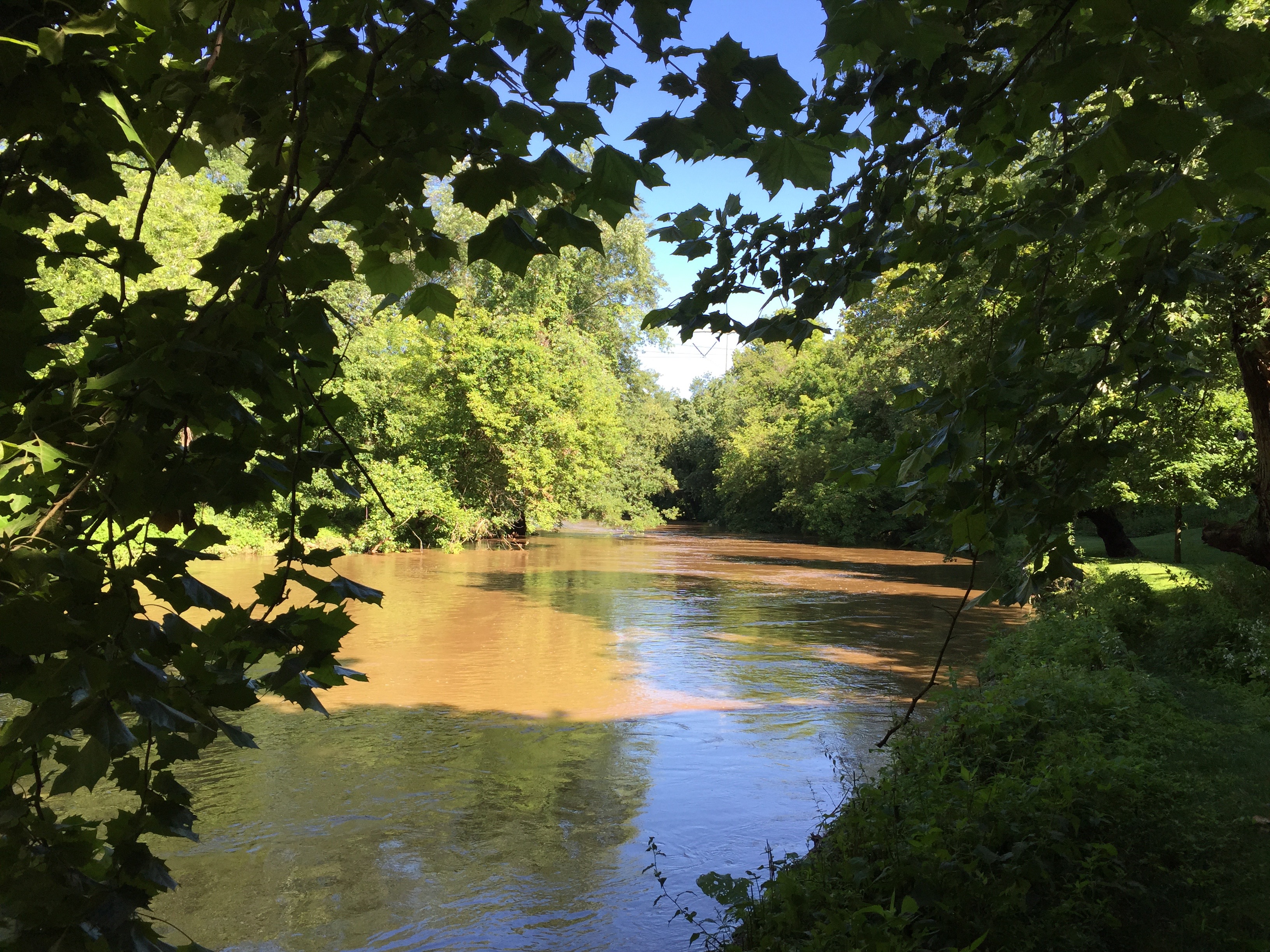 View of the Brandywine River

- ABOUT THE BLOG -
Initially conceived as a venue to document some home improvement projects, this blog has since expanded into other pursuits including anything from jewelry to art appreciation to textiles.

Art and art-making have always been an important part of my life. I believe there is therapeutic power in one’s own imagination, and it can be tapped through any kind of beautiful ‘object of meditation’. Whether in the form of music, photos, a good story, or the things only Mother Nature can take credit for, art nurtures our brains and souls. Like spirituality, art may not be necessary for survival but it definitely makes life worth living. Happy imagining!