Ghost Dog: Sculpt of the Samurai

Before he was The Butler, Forest Whitaker was Ghost Dog, a man who lived by the code of the samurai, mercilessly killed Mafia contracts, and had a penchant for pigeon keeping.

Before he was The Butler, Forest Whitaker was Ghost Dog, a man who lived by the code of the samurai, mercilessly killed Mafia contracts, and had a penchant for pigeon keeping.   Oh, I almost forget the best parts: he rocked cornrows, liked Wu-Tang Clan, and could shoot off contemplative stares for minutes on end.

I recall seeing Ghost Dog: The Way of the Samurai on Blockbuster shelves back in the day, back when Blockbuster had shelves and stores, but I never rented it or thought more about it until last week when it suddenly popped into my head.   While contemplating who would make a good muse for a bust, mainly as a means of testing my VRay demo, I saw something related to Forest Whitaker on the tube and from there made the leap to Ghost Dog.

Using stills from the movie as reference I set out sculpt a Forest Whitaker bust.   After a few go rounds I wound up with the following: 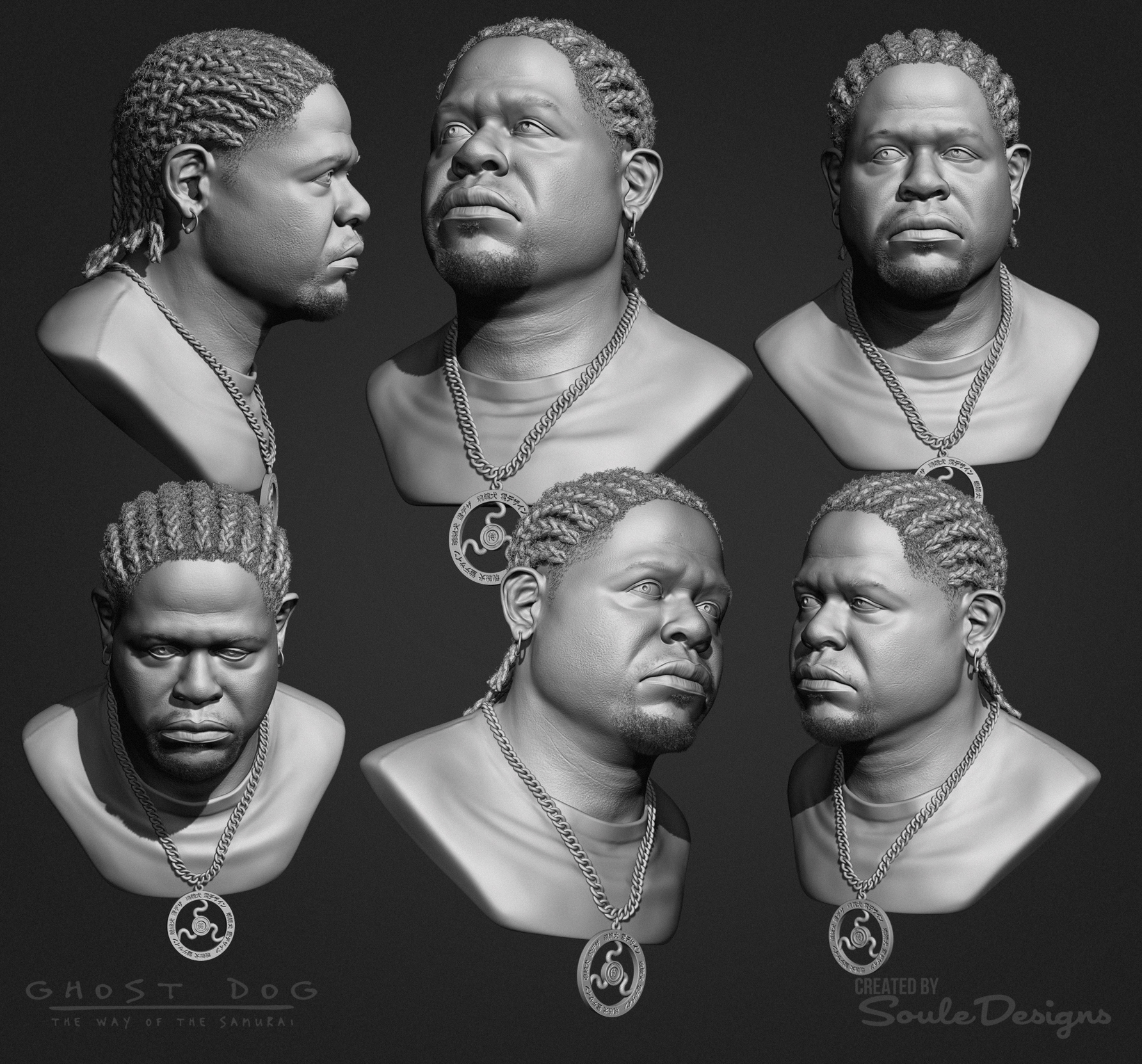 I randomly stumbled on an under light setup when testing out some renders and liked it so much I made it into it's own shot! 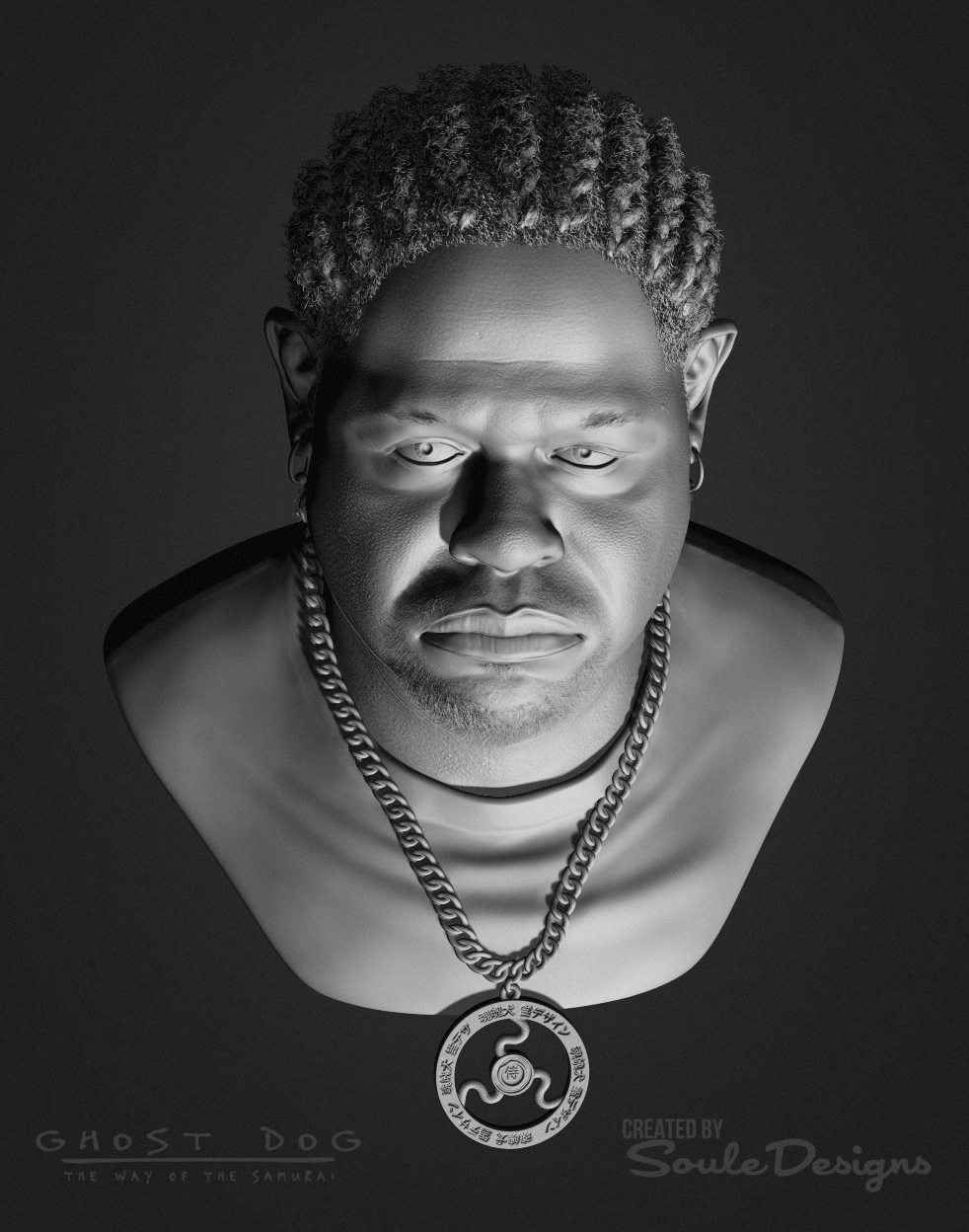 That's all well and good, but it doesn't really have anything to do with VRay, so my next step is to get this model into Maya and start rendering.   I'm interested to see if I can get all the tiny ZBrush Fibermesh hairs setup in maya without loosing too much of my own hair in the process...